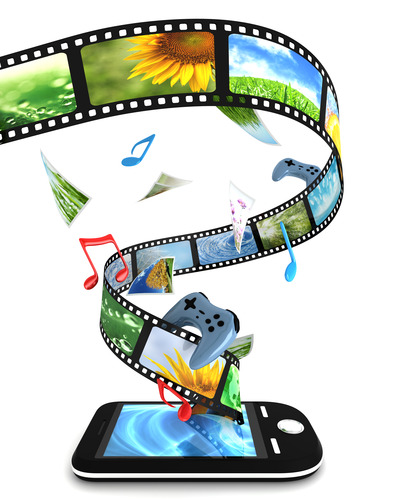 The era of the Internet has brought many new opportunities in every imaginable area, as well as setbacks.  With respect to music, the multitude of social platforms, Internet radio stations, video sites, websites, and other Internet-related sites have given artists an affordable vehicle with which to expose their music.  On the other hand, it has also opened the doors for piracy and opportunistic ventures such as Spotify.

It’s obvious that Piracy harms the artist through reduced CD album sales and digital downloads; but what about music streaming sites?  Some weeks back, I was reading the 2014 NIELSEN MUSIC U.S. REPORT and there were some very interesting results; some of which have been trending over the past few years, and a couple of new ratings worth mentioning.  The key areas that caught my eye were:

So, the first bullet point is a real eye opener.  R&B/Hip-Hop, Rock, and Pop were the top genres that people were streaming.  Why is on-demand streaming is so popular with these genres?  Could it be attributed to the ever growing popularity of mobile devices with the younger consumers who listen to these genres?  Or could it be that the consumer is no longer required to purchase and download the music?  In a PBS Newshour article, Rosanne Cash stated,

“It’s changed how we artists and musicians make a living. And, in 1999, the music industry was a $14 billion industry. Today, it’s half that. It’s valued at half that.
There’s a feeling now, a concept that music should be free, that it’s like oxygen, everyone should have access to it. Everyone should have access, but should it be free?”
She goes on to say, “For an 18-month period, I had 600,000 streams, and I was paid $104.”

It appears the Internet has created an entitlement attitude towards many things, including music.  I find it disturbing that this new mindset is growing.  How can anyone believe that music should be free? Perhaps [they] don’t realize that it wasn’t free to create?  I don’t know what the answer is; but one thing I do know is…if the artists pull their music from these sites, it may just reverse the declining course of album and track sales.  If the music is no longer available to stream; the only choices are to steal it or pay for it.  Simple!

On a positive note, the 2014 NIELSEN MUSIC U.S. REPORT indicated that Country consumers still prefer Albums and Track Downloads over Streams.  This is good news for many of the artists you will find here on the Wolf Pack Music website.

I am happy seeing Vinyl sales continue to grow.  In my teenage years, Vinyl and cassette tapes were the prevalent mediums for music…oh how I miss those days!

The last bullet mentions Radio as the top source for music and it mentioned that nearly 25% of all music listening happens in the car.  For Independent artists, it’s almost impossible to get their music played on the commercial radio stations here in the United States; however, with advances in technology, the newer cars are now equipped with Internet radio access.  Hopefully, this will level the playing field; but of course, only time will tell.  One thing I will say is, with commercial FM radio, the stations tend to play a limited selection of music.  IF, as someone who appreciates music, you would like to expand your horizons…have a listen to some Independent Radio stations, such as http://www.famemusicradio.com/ out of Johannesburg, South Africa.  You will be pleasantly surprised at what you have been missing.  It’s an “awakening”…much like discovering that elusive diamond in the rough.

Personally, I prefer to pay for the music.  I would rather own it and thank the musician for their creation through my purchases…hopefully, others will do the same.  It’s the right thing to do.

What are your thoughts with the ever changing music industry?  Are you happy?  Your comments are welcome and encouraged!